Working with the Debernardo Family was a blast! Not only because Mario and Jenny are both hilarious in their own right and the kind of people you want to have regular happy hours with, but because their design styles were so wildly different that when we first met them, even I was perplexed at how we could meld their tastes into a cohesive vision…but you know what they say, the harder the challenge, the greater the reward!

Mario is a first generation Italian American, who wanted to stay true to his roots and lean into a rich palette, with dark woods, lots of marble, and gold accents. He is a self-described lover of all things “fancy” and may or may not have referenced The Sopranos several times during our first meeting. Jenny, on the other hand, grew up in a hippie commune and her early-days bohemian lifestyle directly influenced her desire to have her new home be casual, airy, light and fun.

In our minds, (since lets be honest, we couldn’t put up lemon tiles as a kitchen backsplash and act like that would be an ok move for Jenny) at the heart of what Mario was conveying through our initial meetings - if we really distilled it all down -  was that he wanted his home to feel established and regal. So we chose to ground his style in one that has been around for centuries, Old World architecture. We’d accomplish this by leaning on materials that have been used throughout history  - stone, marble, wood, etc - and make sure to weave in intricate detail that showcase fine craftsmanship.

For Jenny’s juxtaposition, we wanted to move to something a bit closer to Old World Italy while still staying true to the coastal, breezy, “go with the flow” sensibility she was looking for. Luckily they’d gone on a trip to Cinque Terre on the Mediterranean Sea and both loved it, so we drew inspiration from the New World elements of that old coastal town for Jenny, by keeping the palette grounded in white and bringing in blues from the sea so that the home overall struck a bright, fresh tone.

This project entailed 1) gutting their original galley kitchen and opening up the space between their living room and dining room for better flow between all three areas ; 2) re-imagining their behemoth brick fireplace that sat squarely in the middle of their living spaces, then restyling the living and dining rooms that flank it; and 3) turning their enclosed patio into a flex space with room for guests and an office.

Here is the moodboard for our New Old World concept

And here is a breakdown of the spaces: 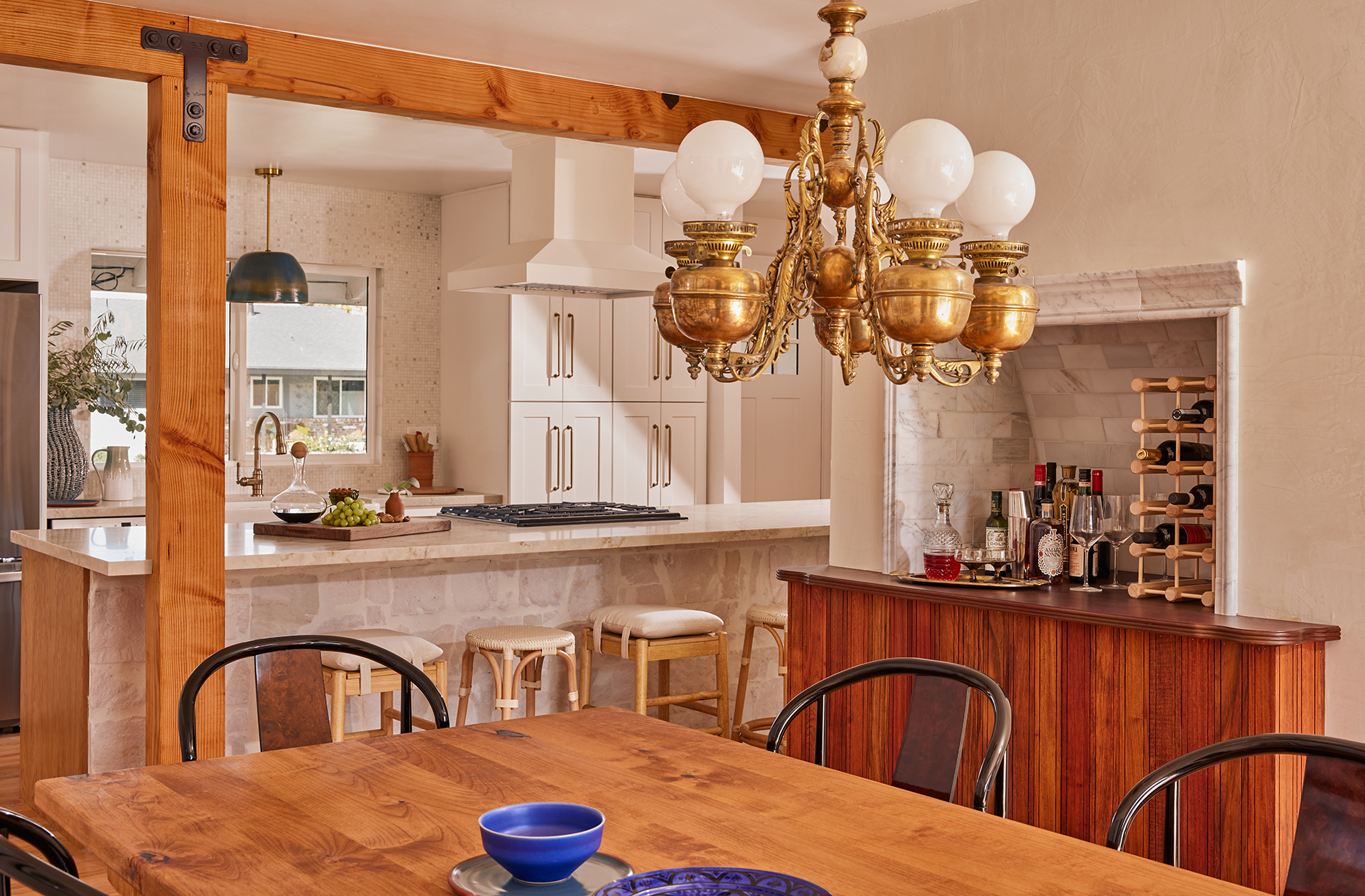 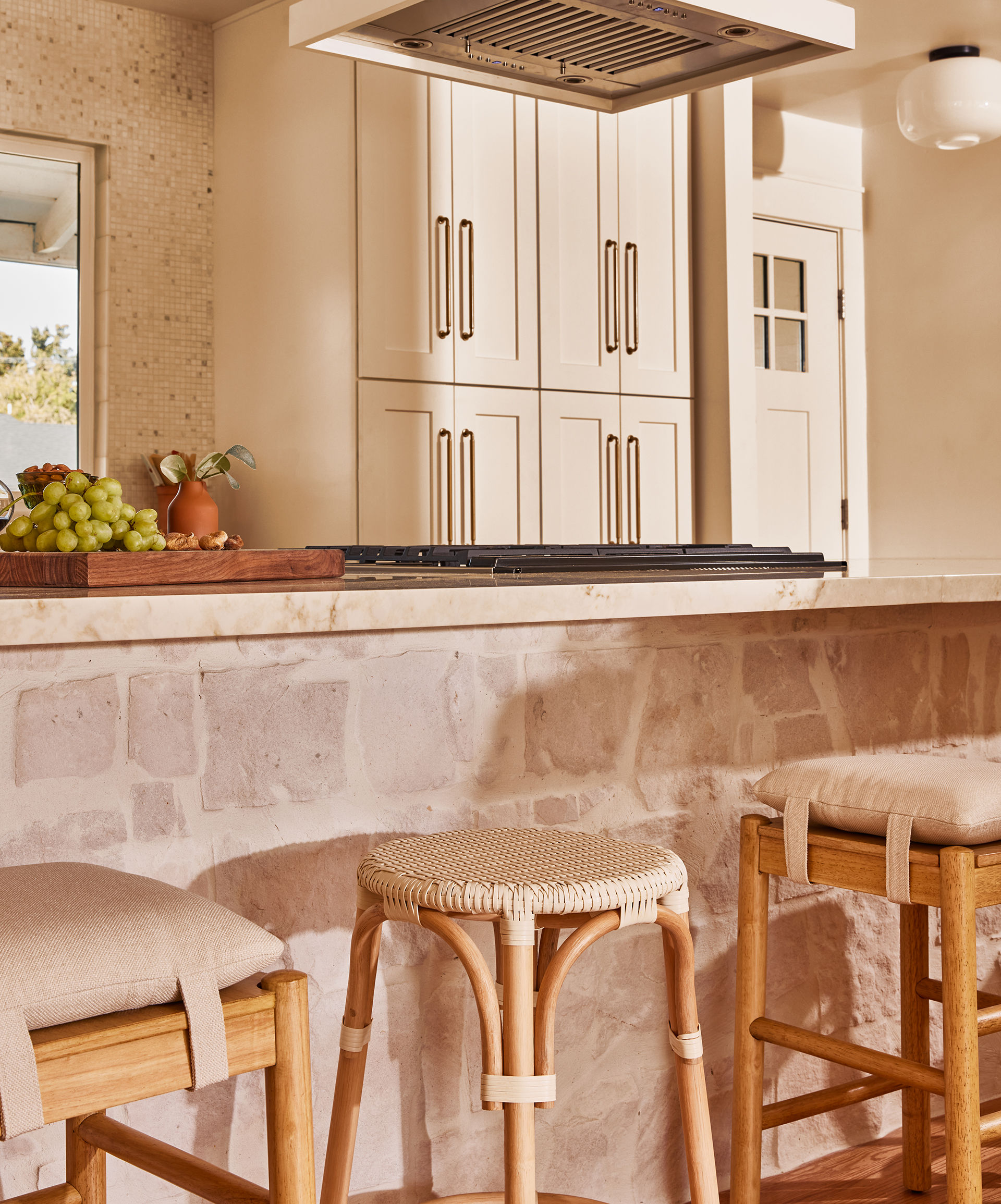 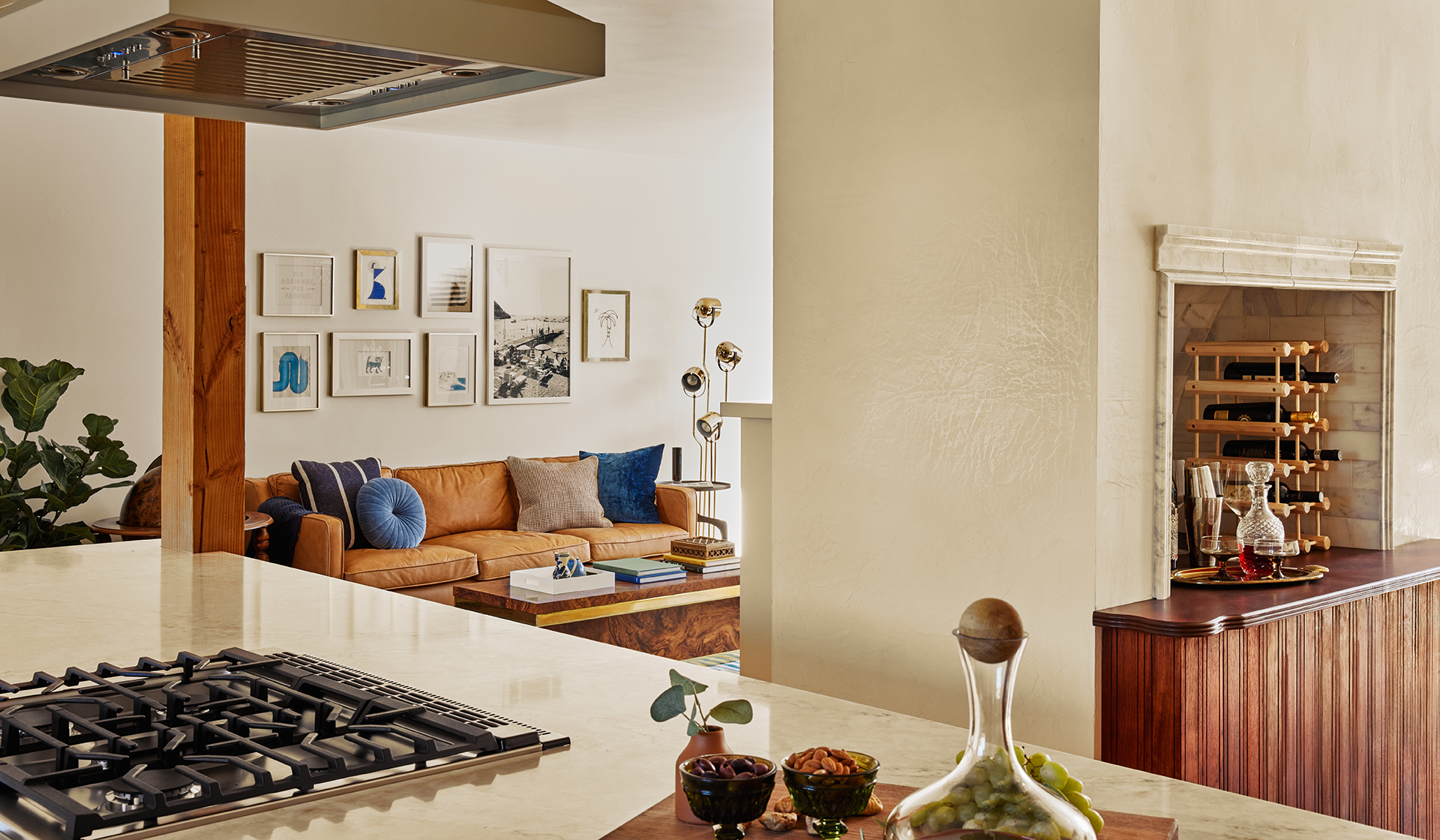 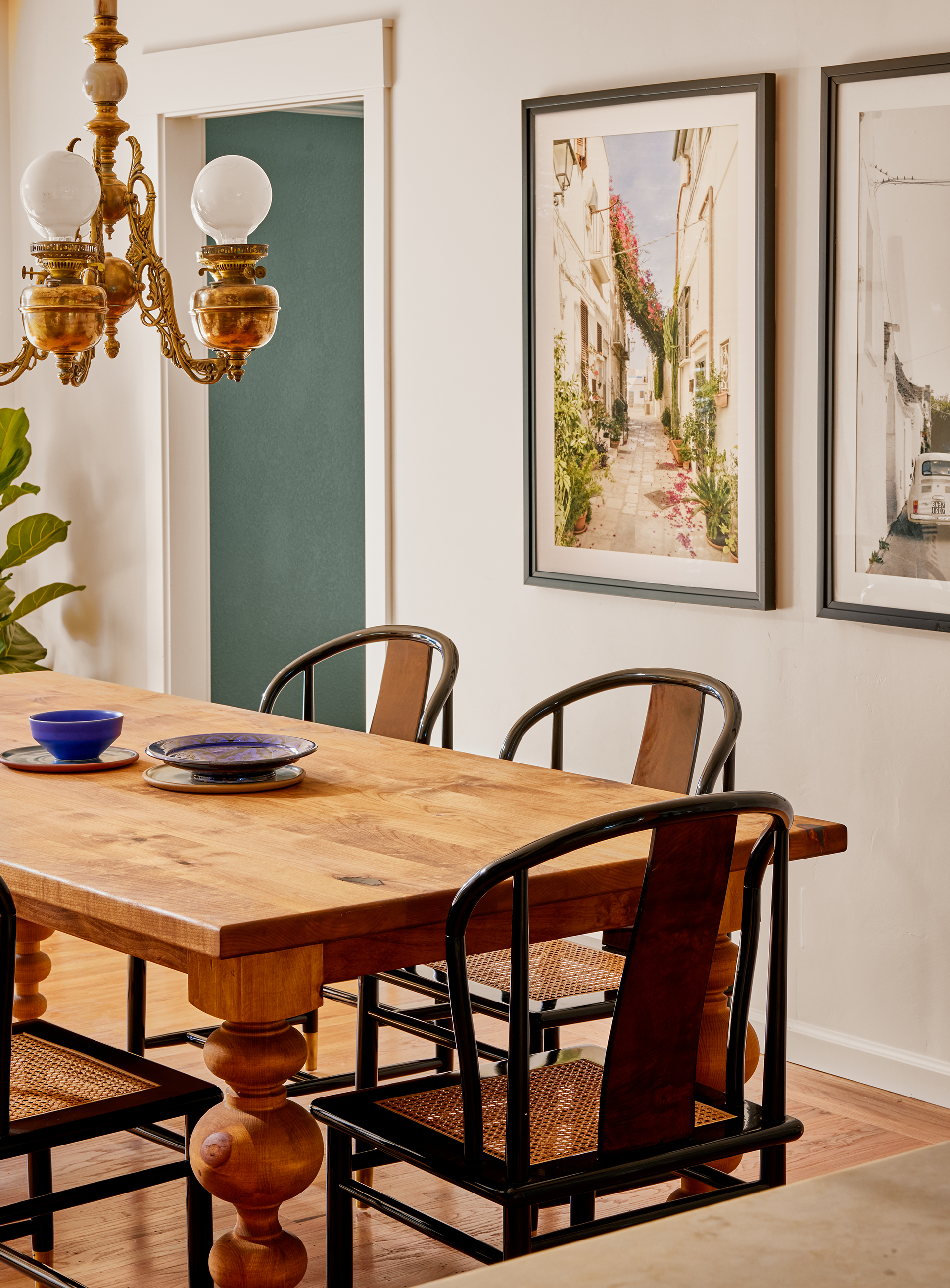 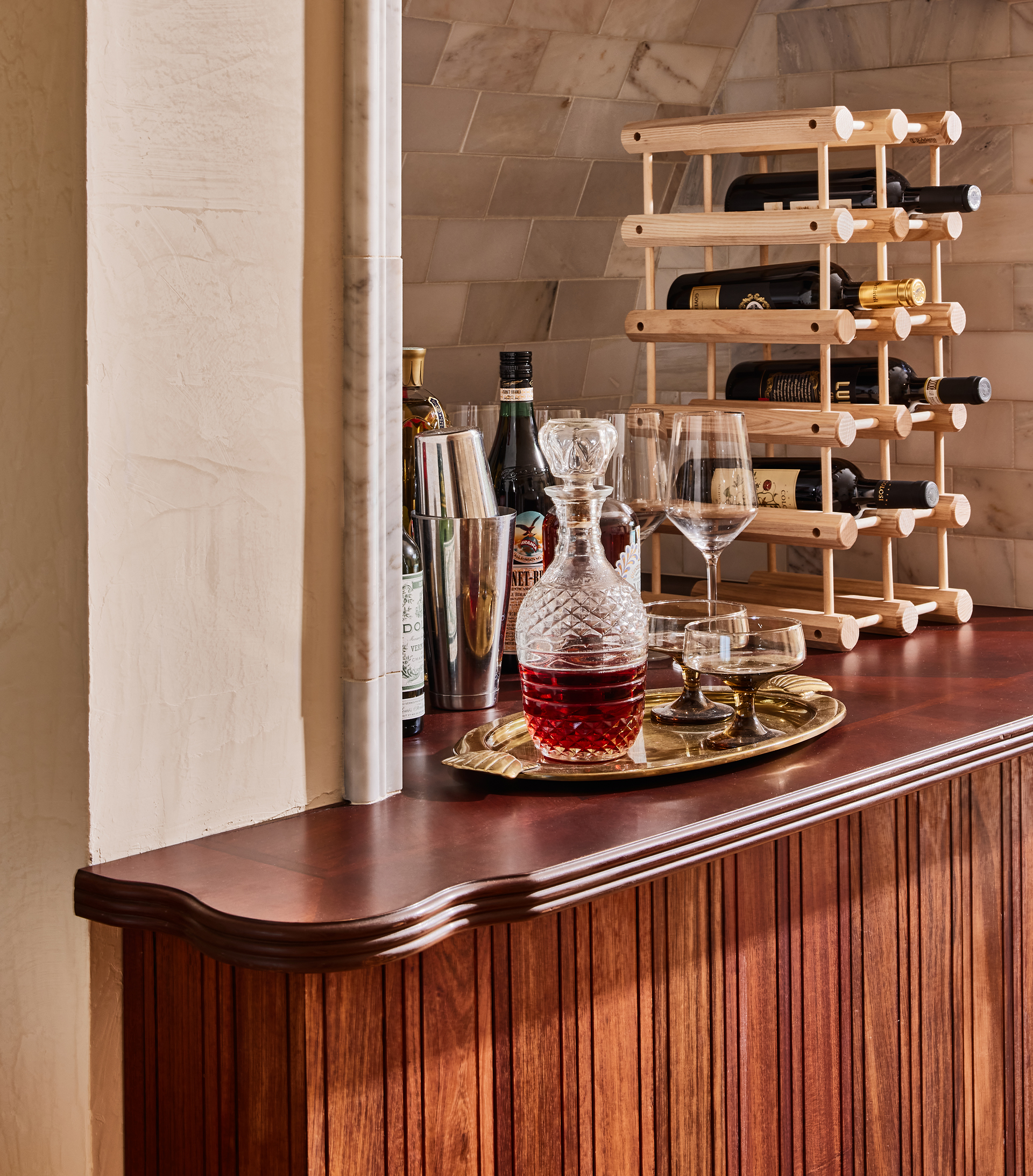 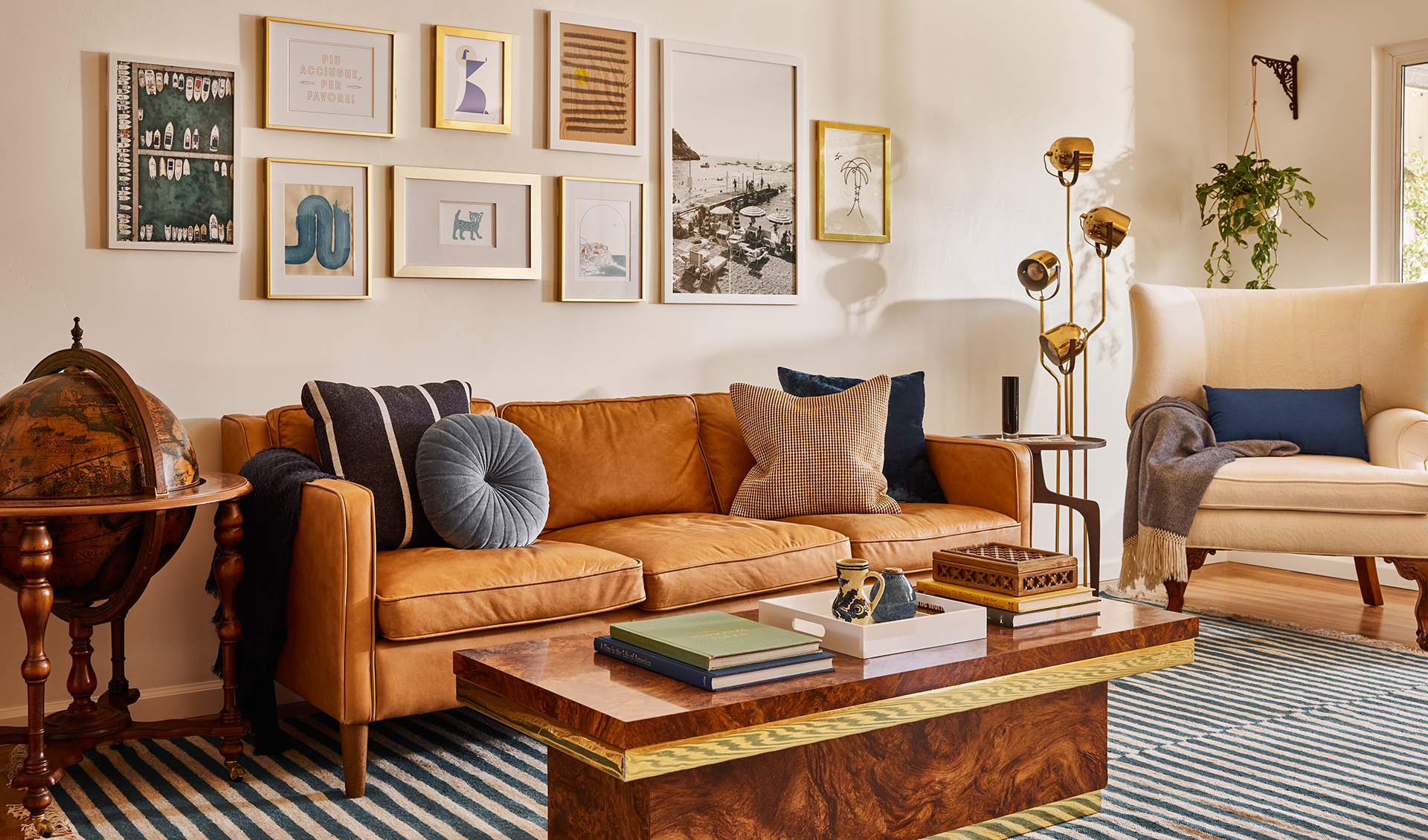 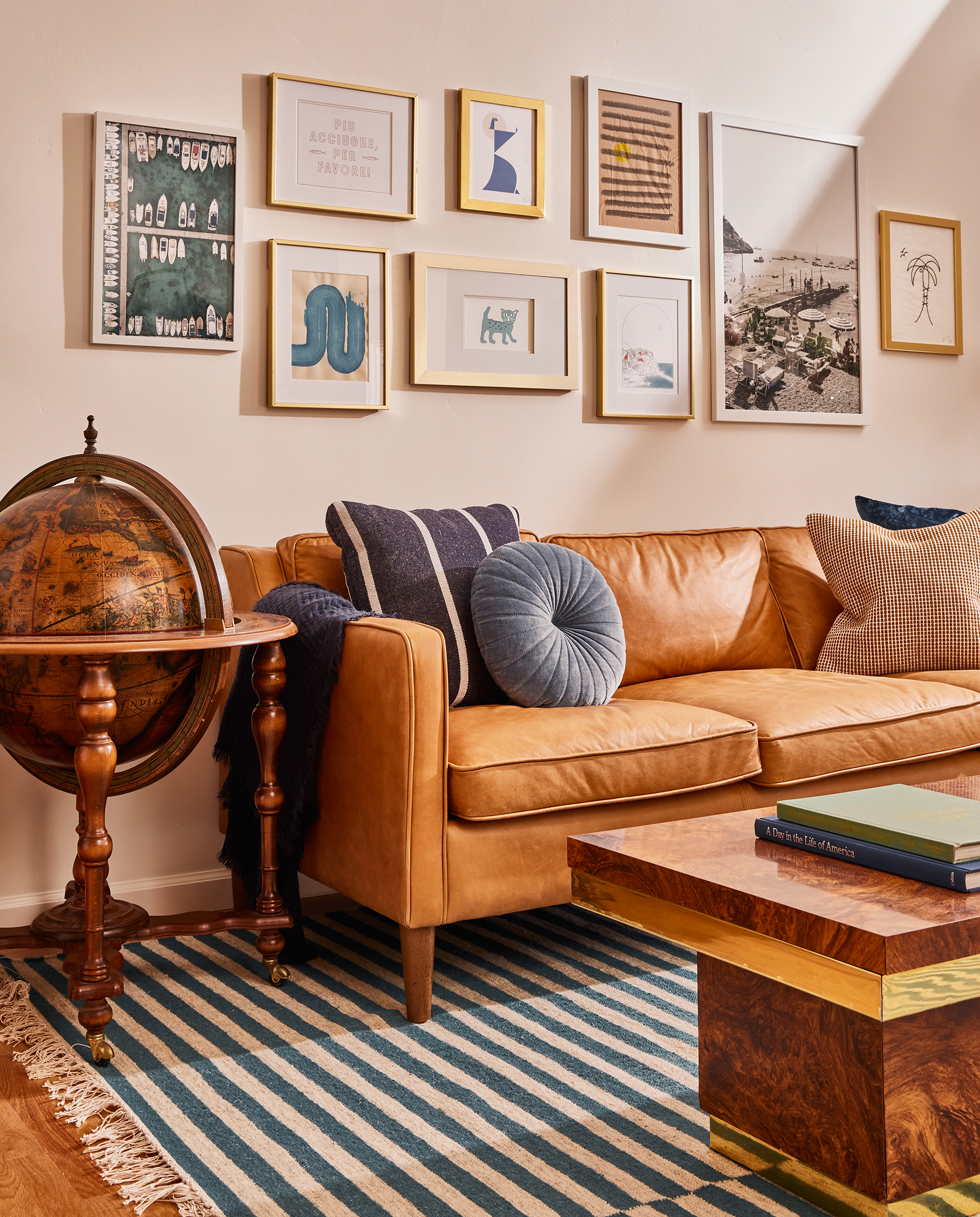 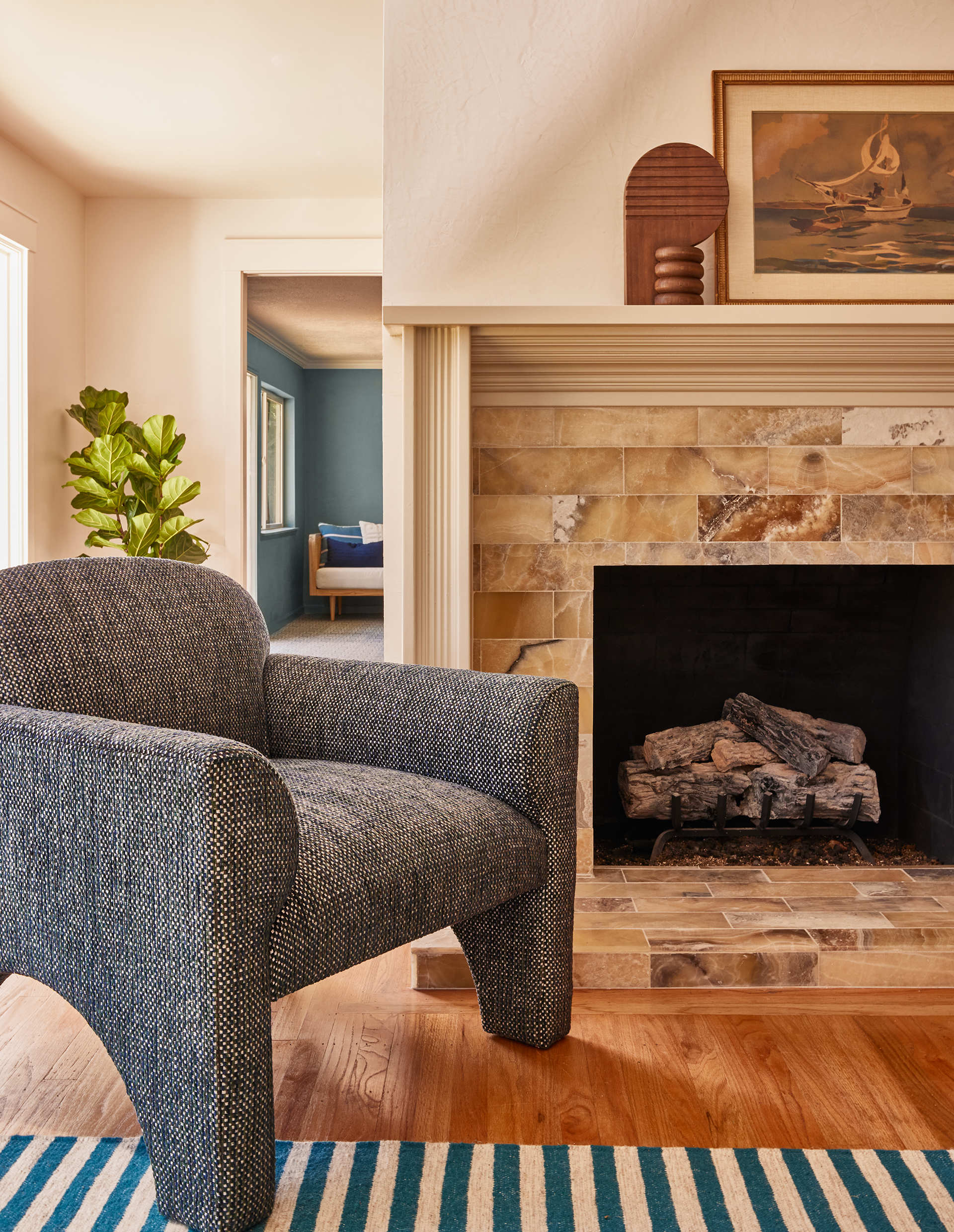 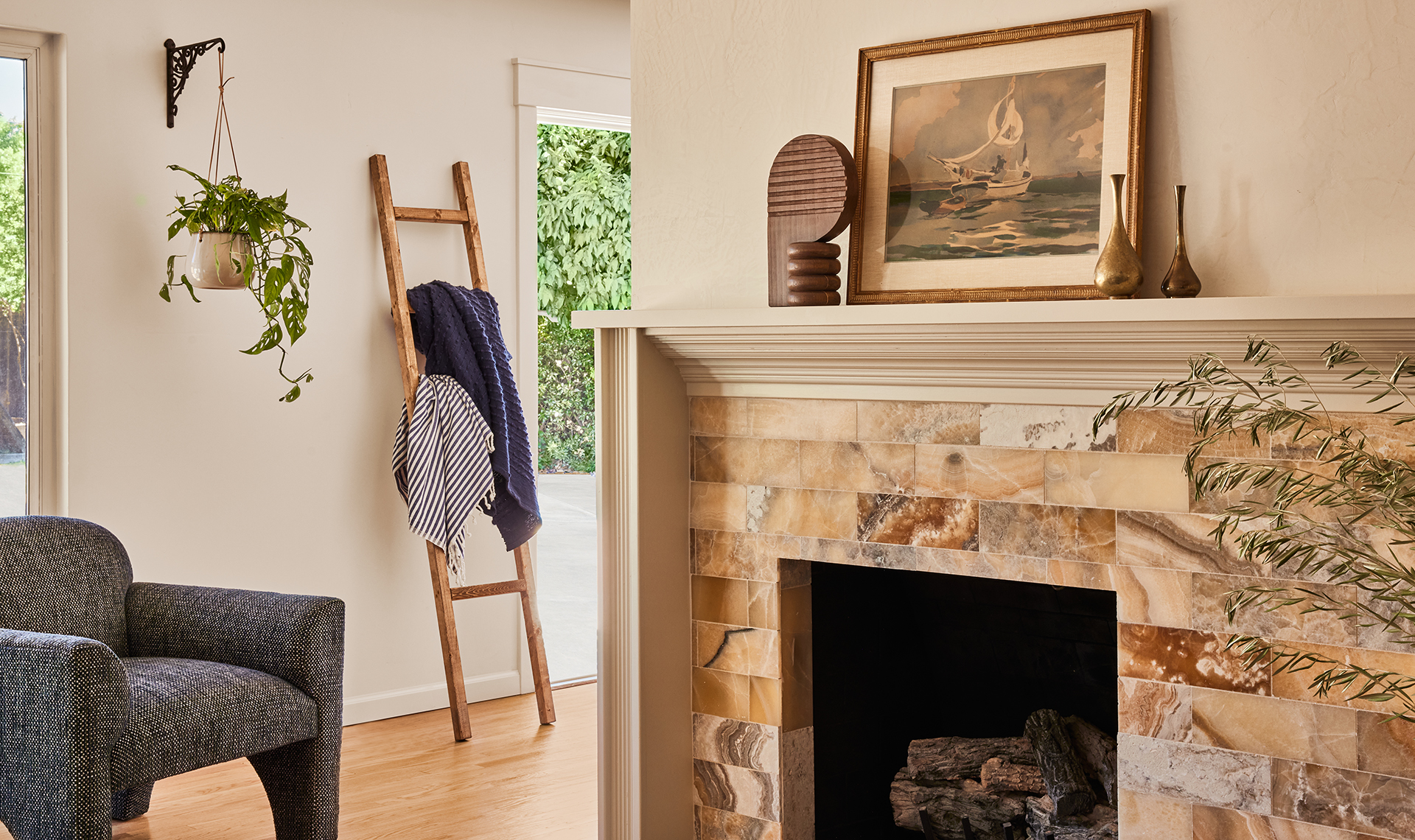 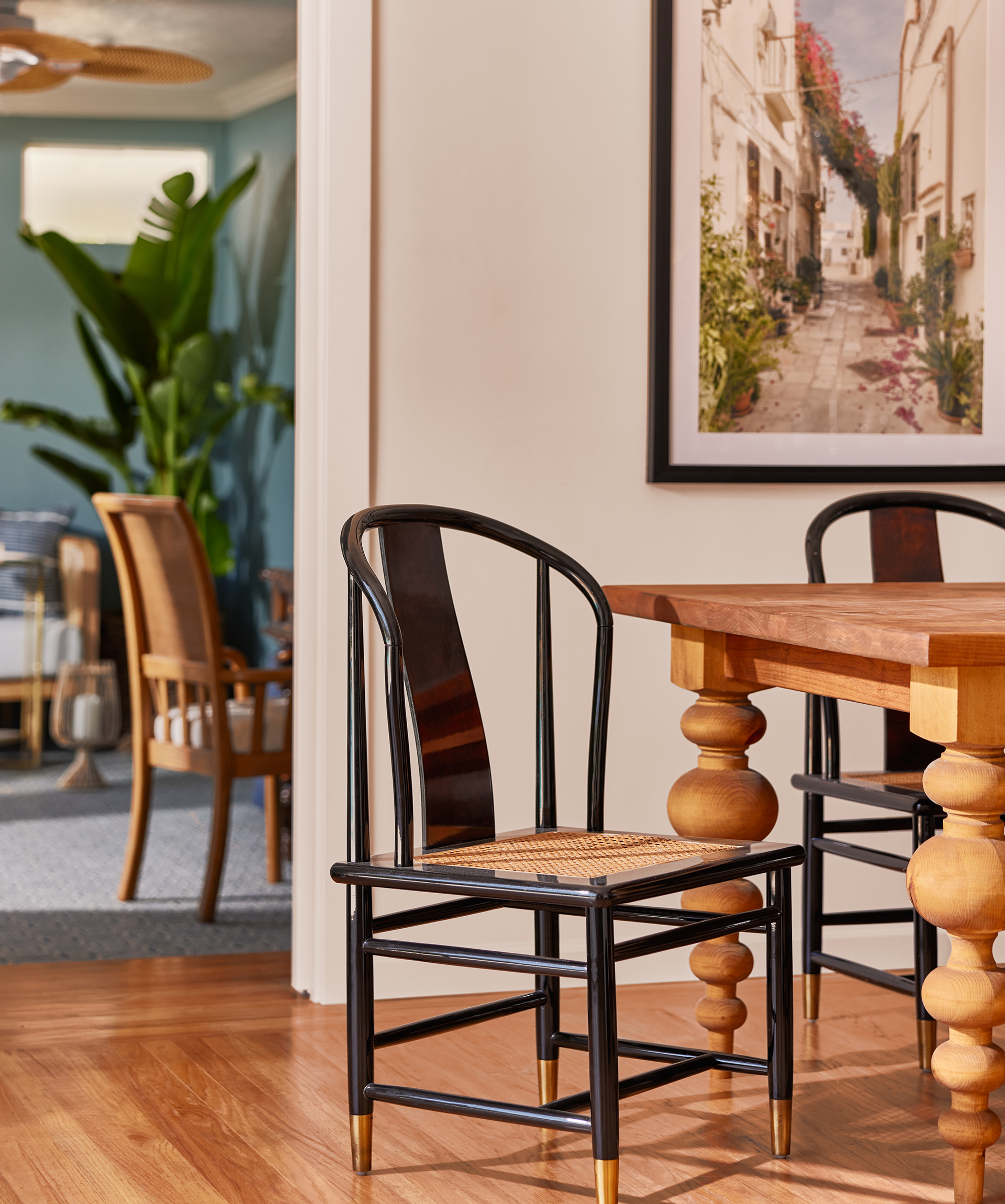 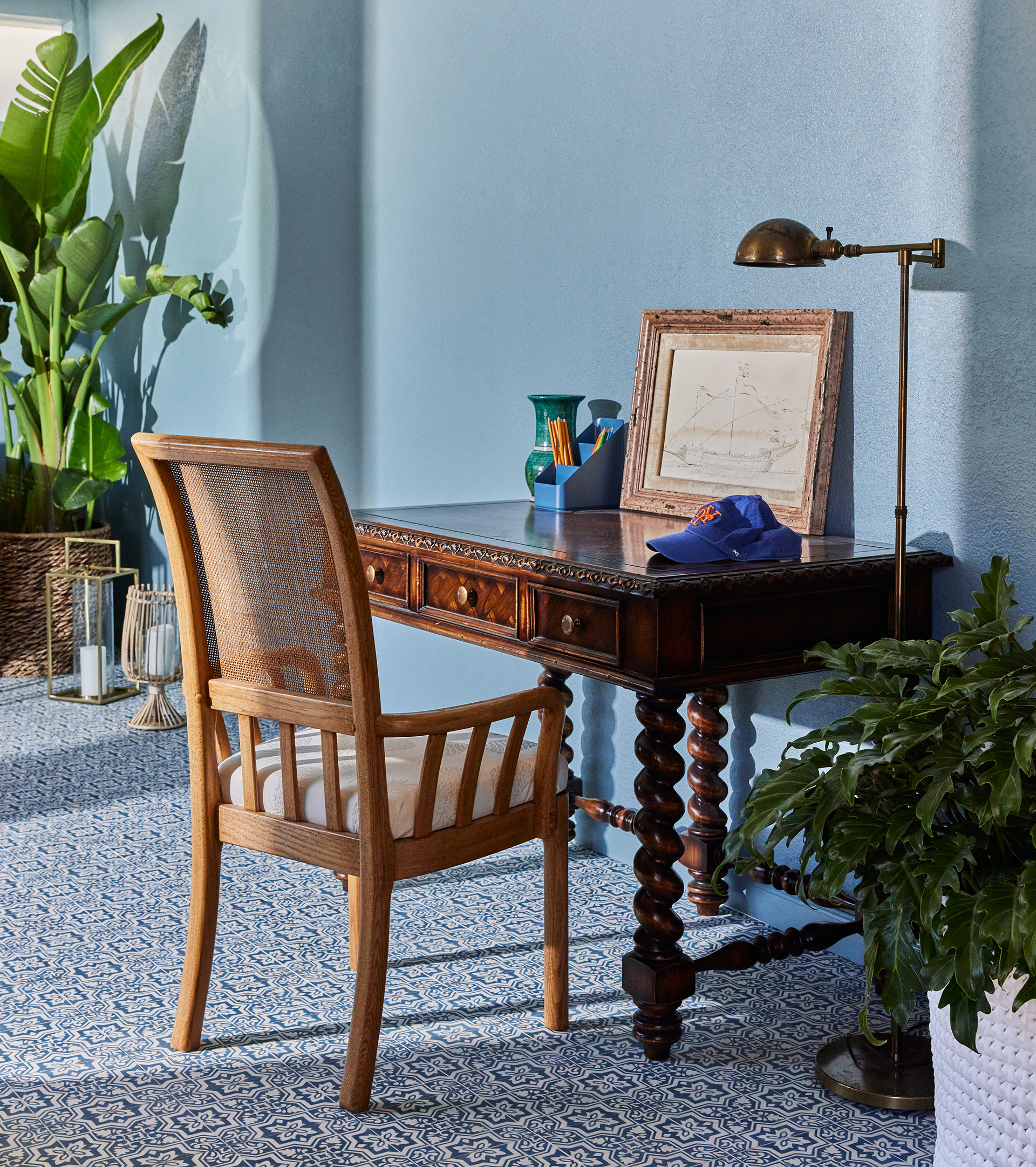 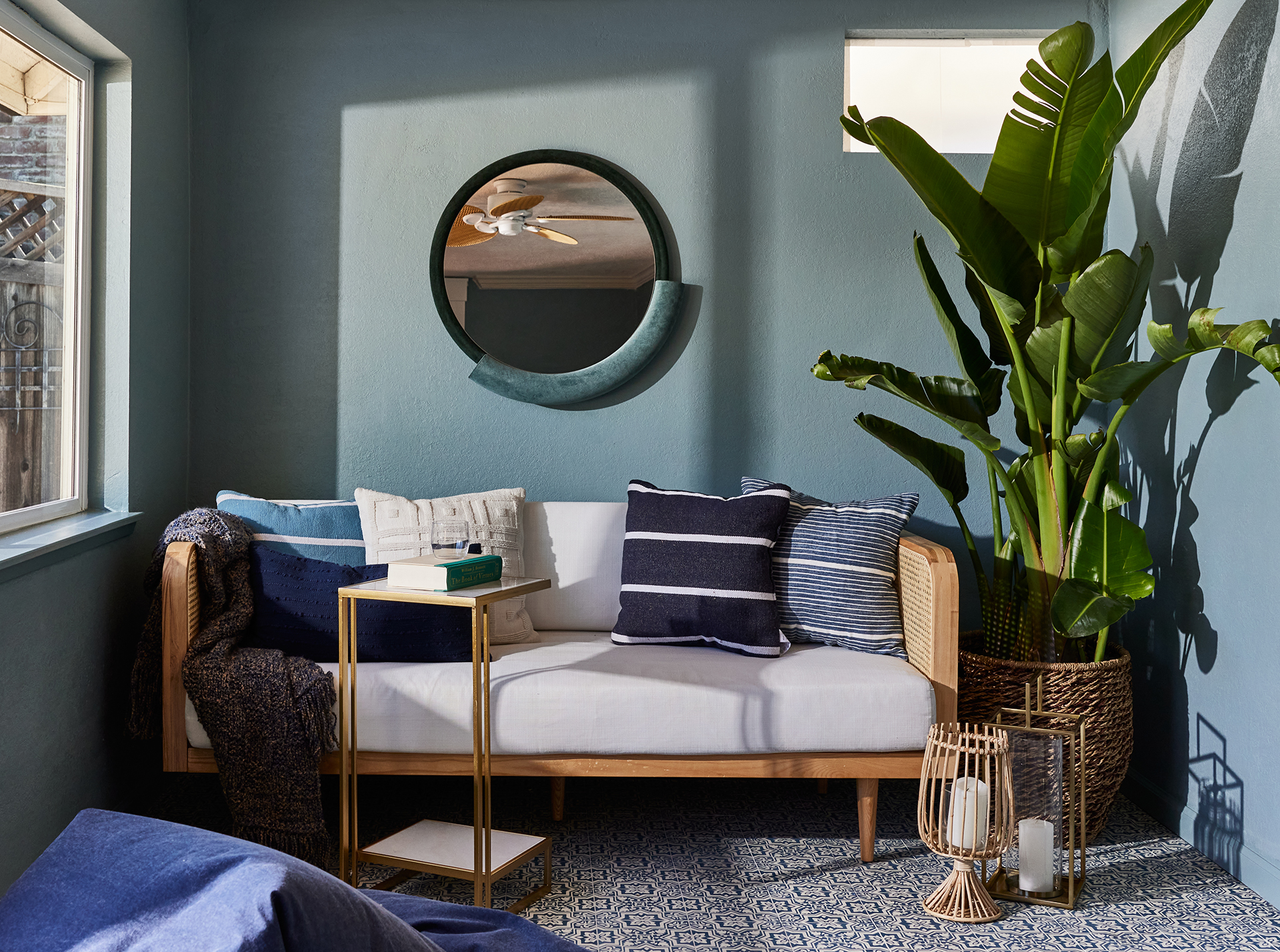