How we got here

The Duotone Pattern That Started it All

It’s crazy to think that two blue Dal Tiles catapulted us into the next chapter of our lives.

A few years ago, we stumbled upon a rundown A-frame cabin in the Lake Tahoe area that hadn’t been updated in decades. It was dark and fairly unfunctional in its original state, but we saw potential and worked alongside Kele’s family (who we often team up with on projects!) for the next eight months to give the cabin a massive overhaul.

Our concept for the home was a modern spin on a 1970’s Summer-Camp-Meets-Mountain-Chalet, and we went about infusing a “campy feel” through color, graphic patterns and fun shapes. We were on a tight budget, so we relied on finding inexpensive materials that we could put together in unexpected ways.

While designing the upstairs ensuite bathroom, Kele came across a 1970’s ski glove featuring a blue duotone pattern, which was the perfect inspiration for the backsplash tile. It’s punchy in its simplicity, and offered a fresh perspective to what would otherwise be a non-descript white wall.

As it turned out, other people really loved the pattern too! Van Norden Lodge was first featured in Apartment Therapy as a Before and After article, then later in Dwell,  Lonny and in HGTV magazine. Fun Fact: It was Apartment Therapy’s post in their daily newsletter that caught the eye of a High Noon producer (the peeps behind Fixer Upper).

And then, can we say the rest is history? After one sizzle reel, one proof of concept, one green lit series, one pandemic and an 8 month wait while the world shut down, 7 home remodels, 16 couples, 14 wildly opposing styles, 7 months of filming 4-5 days a week, 145 covid tests, and hundreds of hours of building, designing, and styling later….and we have ourselves a TV series. 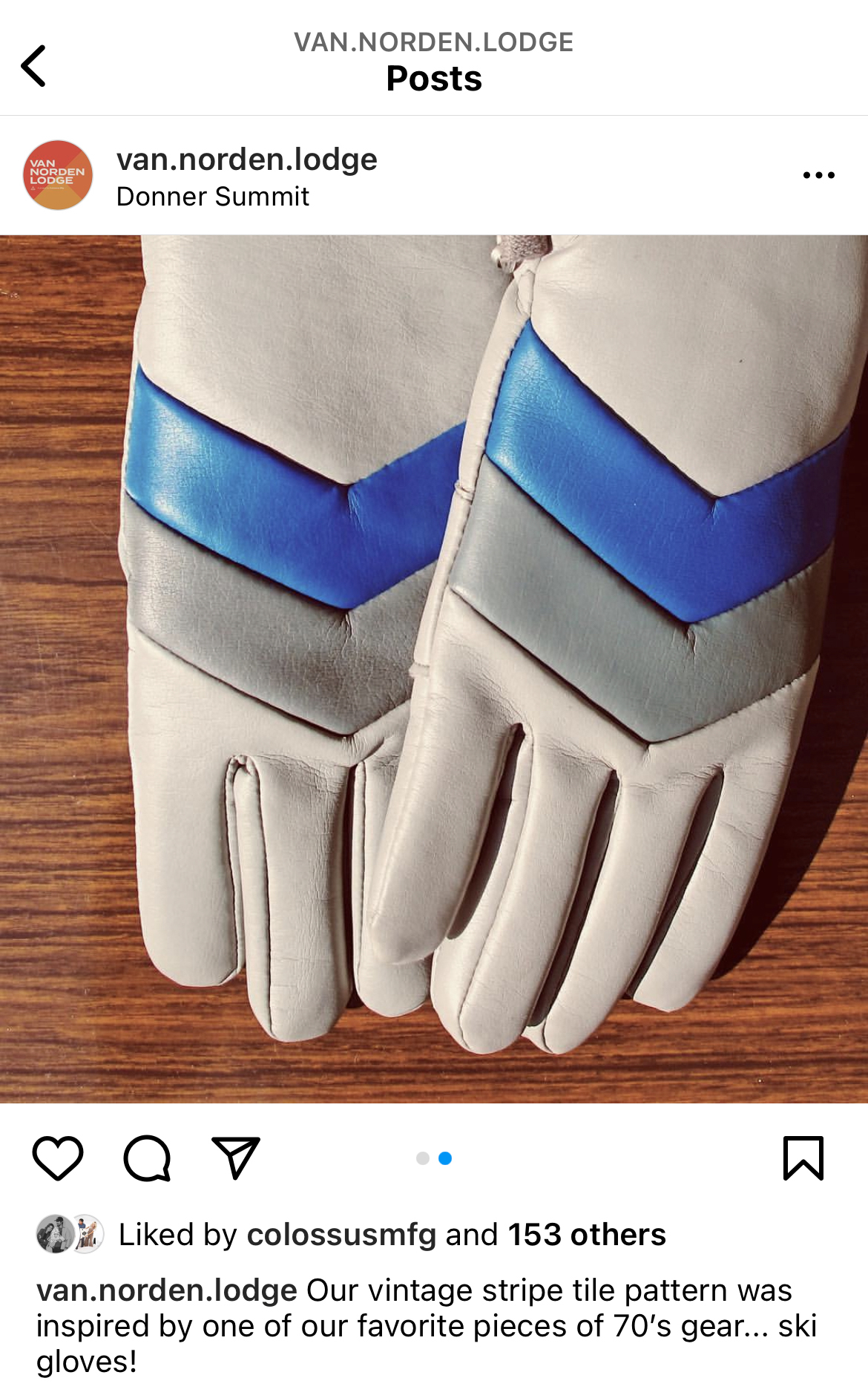 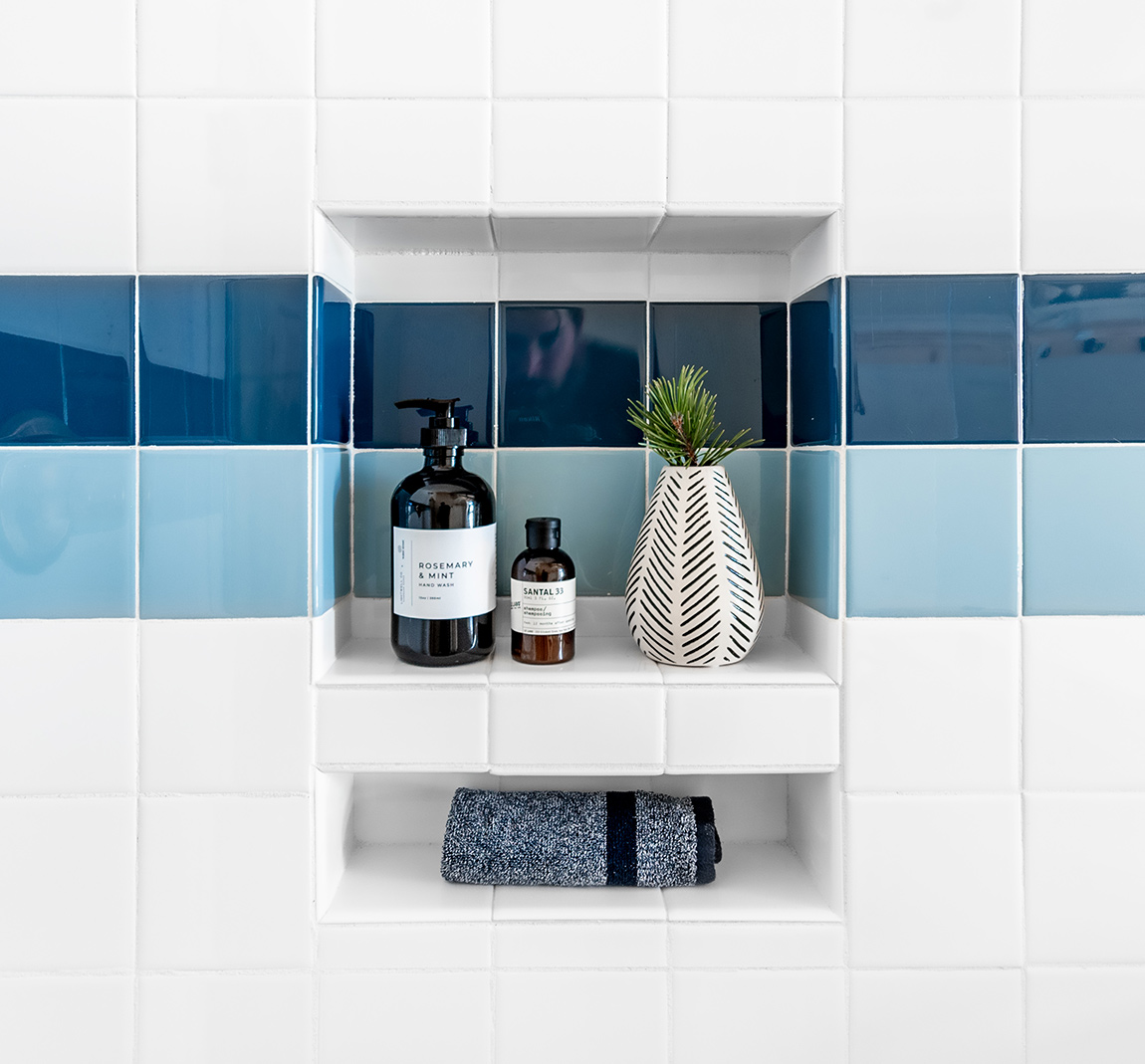 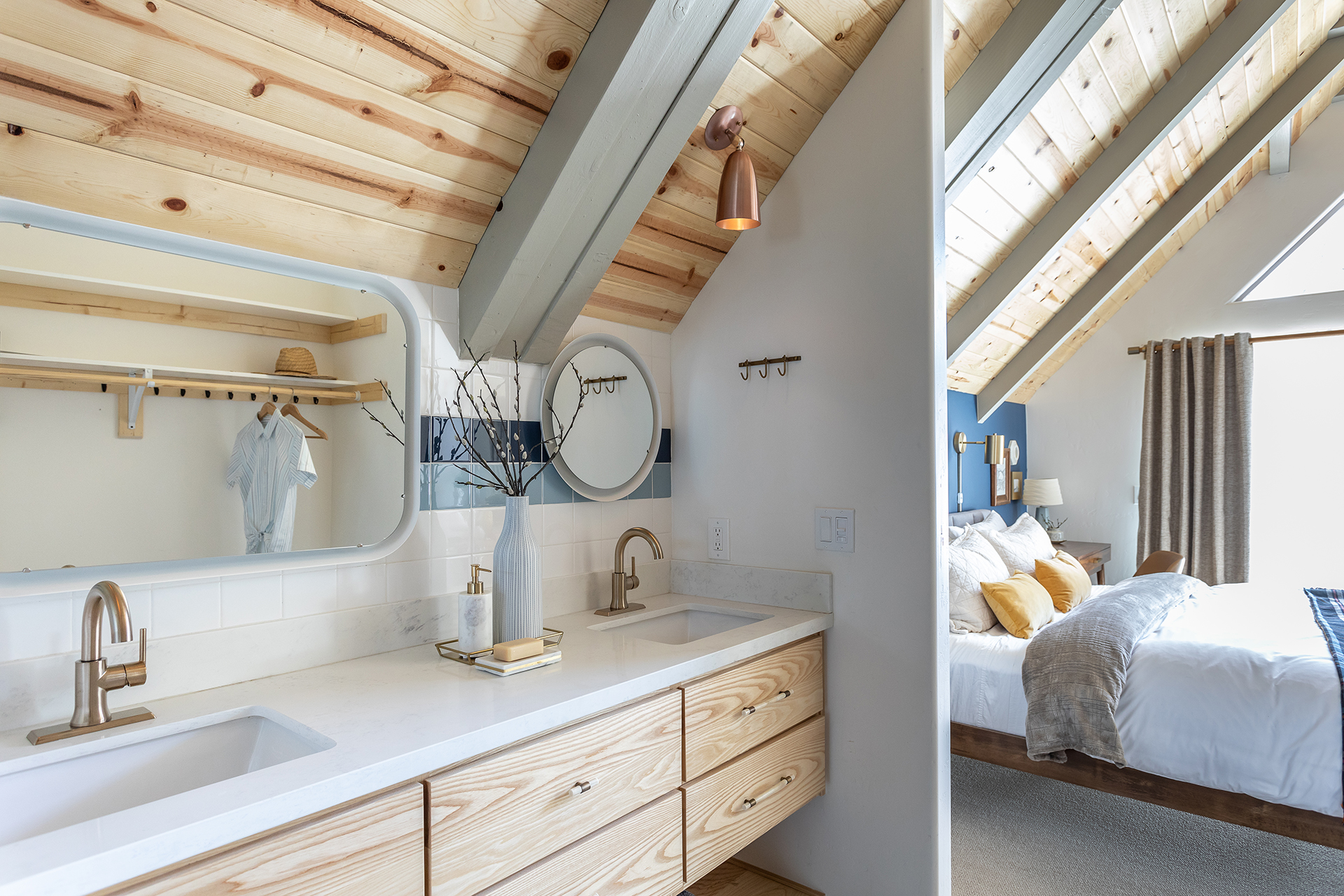 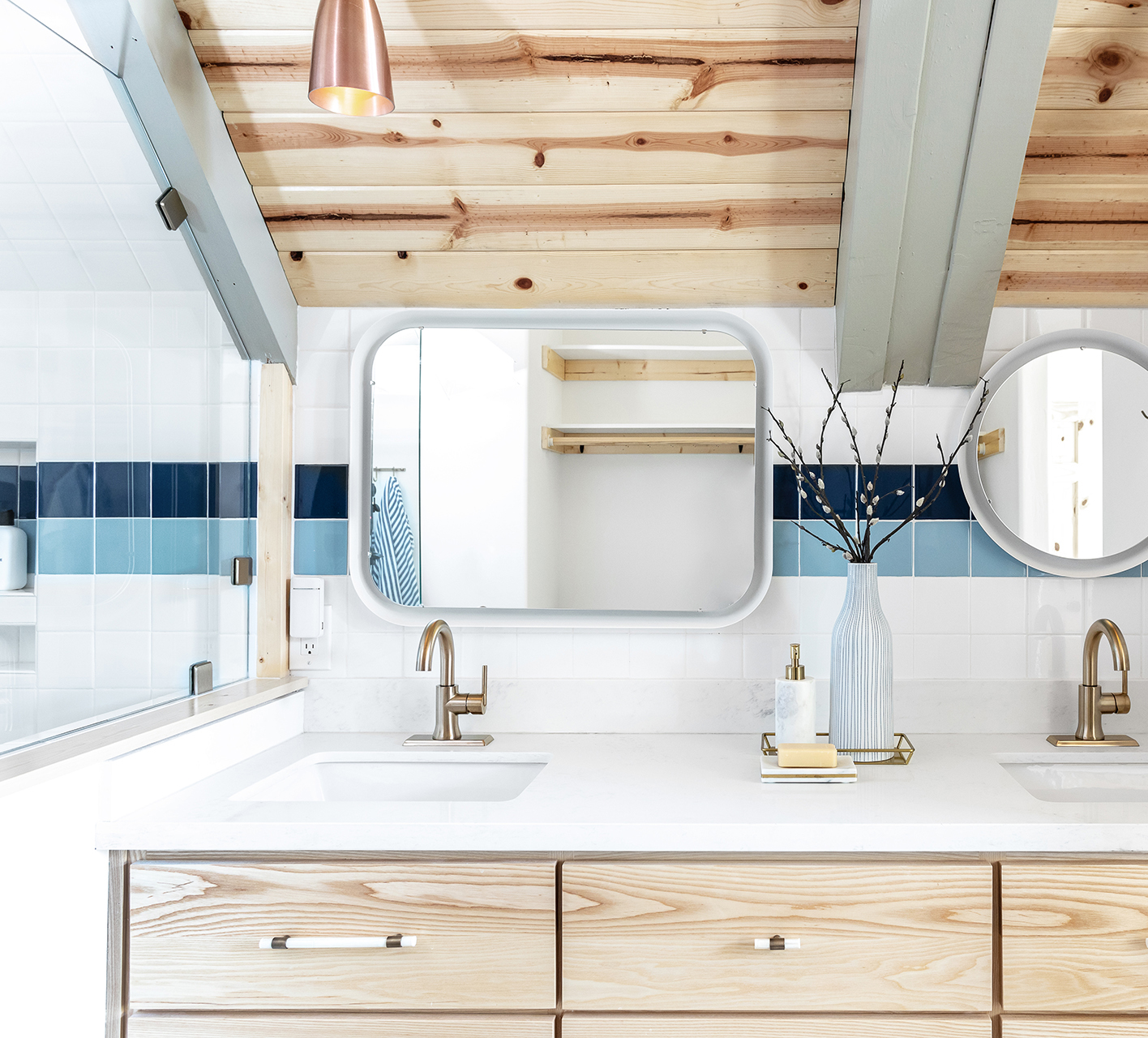